Get support to make learning

throughout your school years

Help your child or teen prepare for

making learning and career choices and

All school staff, from grounds staff to the

Even after you've finished your school education,

you still need support to manage your career


Is a Gap Break a Good Move?

Many young people and their parents or guardians wonder about the benefits of taking a gap break at the end of secondary school versus the linear progression from school to further study or formal employment. 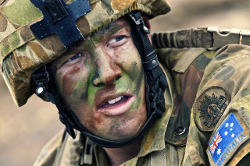 The Australian Defence Forces Gap Year applications are now open. The website is fantastic and contains a lot of information and video clips that will help you decide if an ADF Gap Year is a good move for you. Gap Year opportunities are available in the Army, Navy and Air Force. There are 12 different job roles that you can choose from when you apply for an ADF Gap Year. You can watch video clips on the military training you will receive, job specific training and the experiences of recent ADF gap year recruits. Find out more on the website.

The opening of ADF Gap Year applications prompted me to explore the gap break phenomenon a little more closely.

Many young Australians take a break at the end of Year 12 before embarking on tertiary study or formal employment. This is commonly referred to as a gap year. However, sometimes the gap is not always a year so technically, the term gap break is more accurate. Longitudinal Survey of Australian Youth (LSAY) data indicates the incidence of taking a gap break after finishing school has increased from 10% at the beginning of the 21st Century to 24% a decade later (Lumsden & Stanwick, 2012).

Reasons that young people give for taking a gap break include taking time out to clarify post-school study or career goals, travel, volunteering overseas, raising money to support further study or simply to have a break from academic study. The activities undertaken while on a gap beak are varied and may include one or a combination of employment, military service, volunteering, travel, leisure or sporting pursuits or non-university study (e.g., short course vocational qualifications or school subjects to boost an ATAR score or meet prerequisites for a desired course). 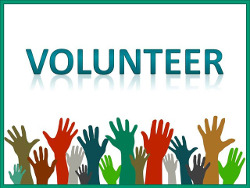 Many young people and their parents or guardians wonder about the benefits of taking a gap break at the end of secondary school versus the linear progression from school to further study or formal employment. Gap break advocates report advantages associated with gap breaks, including gaining soft skills that are attractive in the employment market (Jones, 2004) and developing life skills. Australian research has found that high school students who are uncertain about their post-school study or employment preferences and students whose motivation for academic study has waned are more likely to express an intention to take a gap break (Martin, 2010). The same author conducted a second study involving gap takers. This study found that gap takers had high levels of academic motivation. Taken together these findings suggest that taking a gap break may rejuvenate the motivation for further academic study.

As far as taking a gap break to refine or clarify career or study goals goes, LSAY data revealed little or no difference in the rate of university or college course withdrawal or course change between gap takers and those who progressed to university or college without a gap break (Lumsden & Stanwick, 2012). That is, gap takers are no less or no more likely than non-gap takers to withdraw from or change courses. Accordingly, it seems that a gap break in itself does little to clarify career and study goals, otherwise one would expect gap takers to be less likely to withdraw from or change courses. However, a gap break that provides opportunities for career exploration may contribute to career or course choice clarity. Examples of gap breaks that may have the potential to help you refine career and study goals include the ADF Gap Year and organised volunteer internships usually arranged by commercial gap break providers or home country work-related gap options. Refer to the main Grow Careers website for examples of commercial gap break providers.

Martin, A. J. (2010). Should students have a gap year? Motivation and performance fctors relevant to time out after completing school. Journal of Educational Psychology, 102, 561-576.